On the morning of Friday 20th April, Downham Market High School Jazz Band came into Denver School to perform, three members of the band were ex-pupils of Denver School. Not only did the band play musical pieces, they also talked about their instruments, the sounds they can make and gave a brief overview on how to play them. Class 3 found the performance really enjoyable and uplifting.

They thought the clarinets had a soothing sound which was delightful, the trumpet player was very confident, the saxophone players were buzzing, the trombone players were funny, Sophie was really good at playing the guitar, Fraser’s singing was awesome, outstanding, superb and fabulous and the drummer was good at playing the drums.
One pupil enthused, “Oh my gosh Fraser is amazing,” whilst another pupil commented, “It sounded like the best singing I have EVER heard”.
They thought it was very good that Denzel was invited to have a go at playing the drums as he was really excited about them. The class thought that he was very good for his first attempt.
They recognised the song the Pink Panther and enjoyed singing along, clapping and clicking. It was a very pleasurable morning. 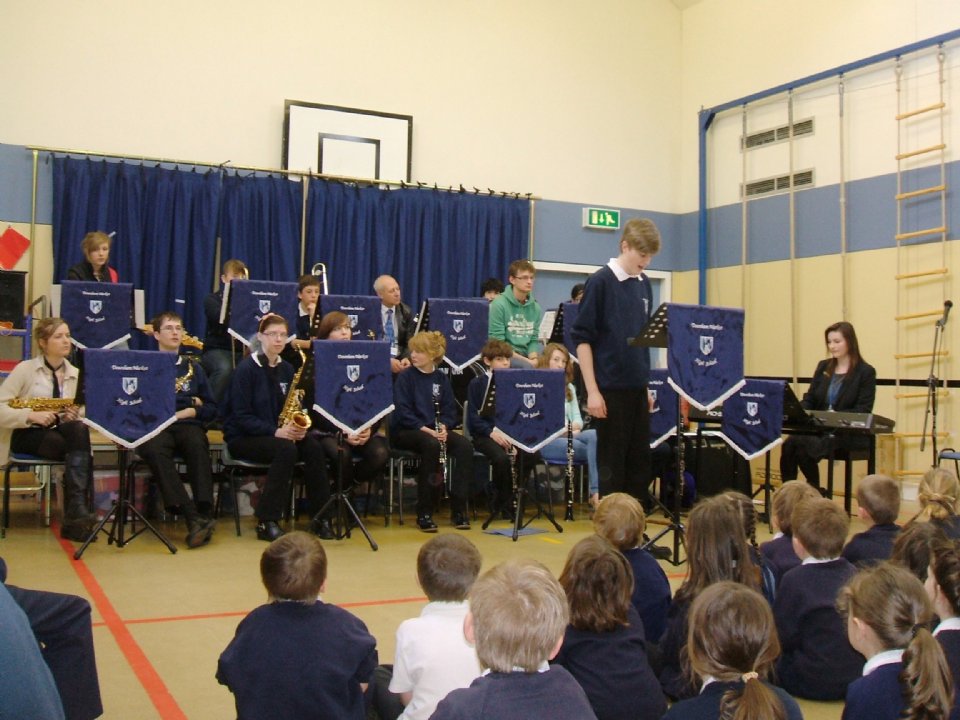