On the 26th May 2016 Class 1 had a picnic party which was organised by the children. They spent the first part of the morning decorating their plates. 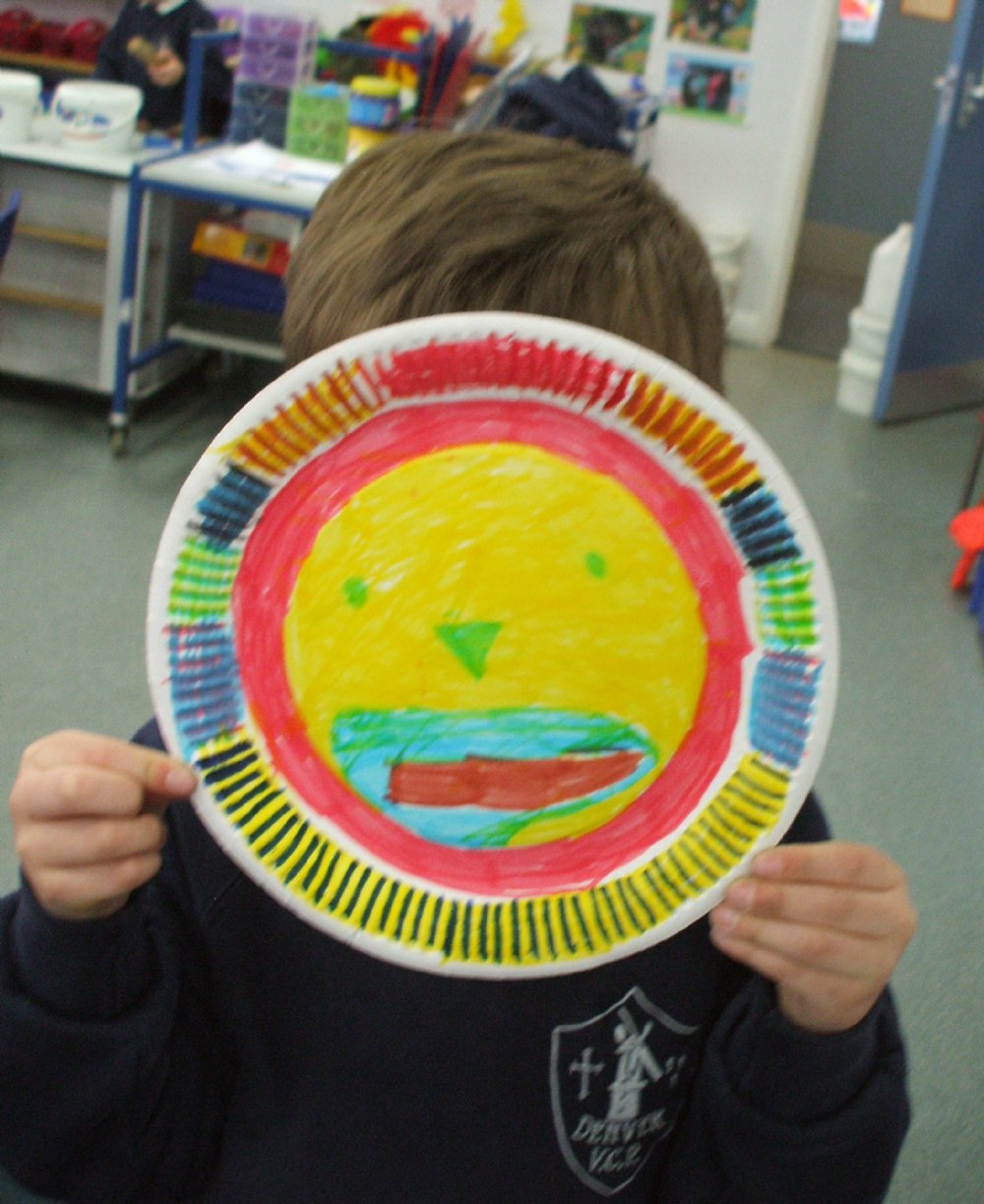 Four children went to the kitchen to prepare a jelly, reading the instructions and measuring the ingredients. It looked like the jelly was not going to set in time.
Harry and Charlie wrote a menu for the meal which included: starters, main course and a pudding. Charlie was very happy as he said him and Harry had the easy job. The class had written lists of food ideas for the party food in the week.
A group of children went to the kitchen to prepare the food with Mrs Alves and then they lay the food on the table. The table had been decorated by another group of children.
Anaisa and Darcy thought it would be a good idea to play the game pass the parcel at the party, so they set about in a group of four making the resources for the game. They decided on the prizes and how many layers of paper they would put on the parcel. They wanted to put sweets in each layer of paper so that lots of children could win but the party was sweet free.

At the same time Jake and Logan prepared raffle tickets for another party game. They drew their squares and cut them out. One card had the word winner on and all the others were marked with a cross to show that they didn’t win.
At the beginning of the picnic party, the children got to compete on the obstacle course. The course was designed and set up by a group six children. Niall demonstrated to the class how they needed to complete the course when it was their turn. Each child’s time was recorded and there were medals given out for first, second and third places.

The children then enjoyed playing musical statues, musical bump and pass the parcel before they had their food. Again the children had planned their party games during the week.
When it was time for food, Harry and Charlie told the children what the starters were on the menu and the children helped themselves to the starters. After starters they went up for their main course and finally their pudding. The children were pleased to see that the jelly had set and many children enjoyed a pudding of jelly and ice-cream whilst others enjoyed cakes.
Although the sun was not shining brightly, the children still had a very successful and entertaining party picnic. Well done Class 1 for coming up with lots of good ideas, working cooperatively to get everything ready for the picnic, giving new things a go and using your good manners.