A large 8 man tent was brought in for the children to build with adult support. They children experienced real equipment and had to come up to the problems that arose as the tent was being erected. The children were enthusiastic in their hammering as they used the mallet to put the tent pegs in.  This tent was soon used for many different activities and the children liked to visit it in the rain and listen to the rain falling on the tent.

The children came up with the idea of having a campsite for their role play area. Their was lots of discussion involved in deciding what equipment they would need for camping. The children enjoyed climbing under the canopy and being in their own space.

This led to the children creating their own indoor camp sites using the box of sheets, blankets and covers- adapting their design daily.

Later the children also went on to build a den in the willow area. 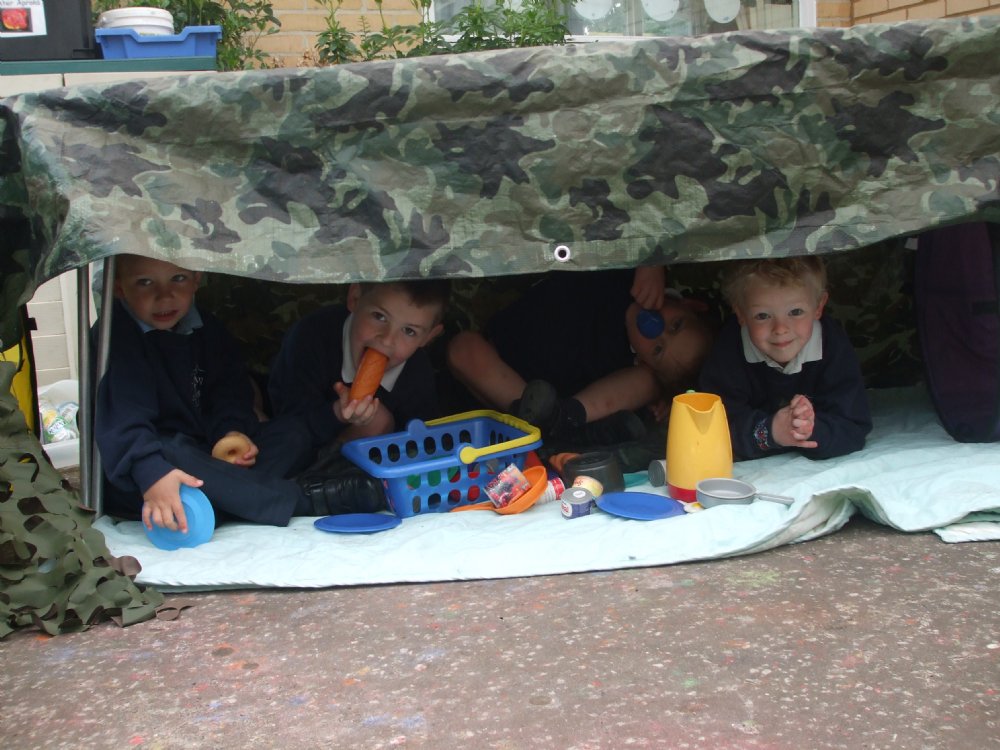 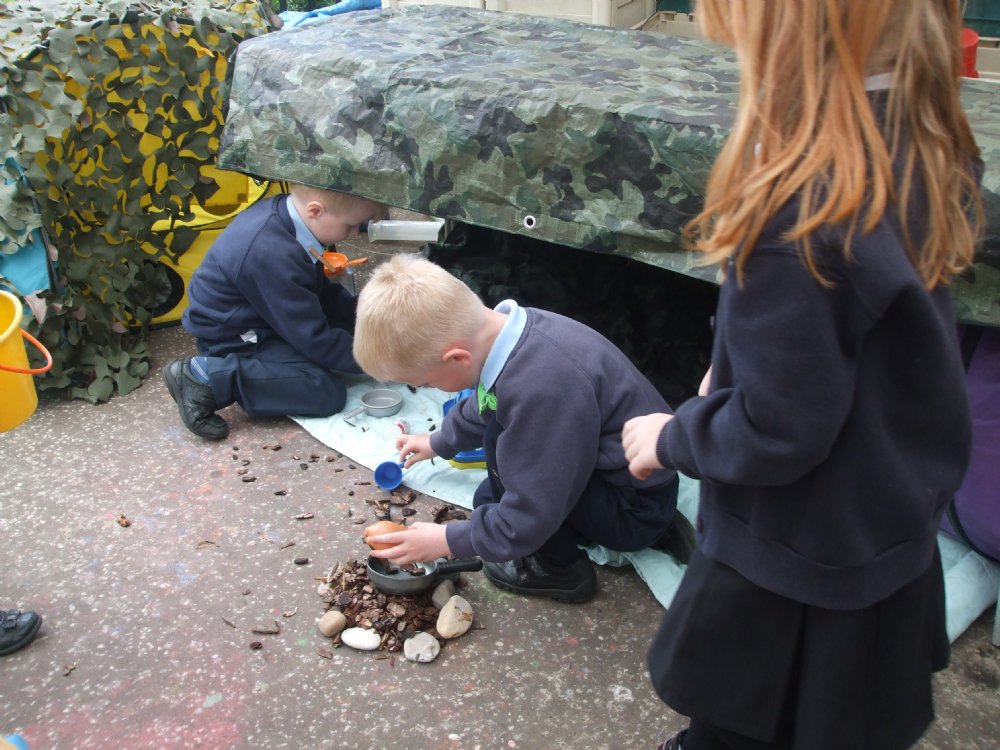 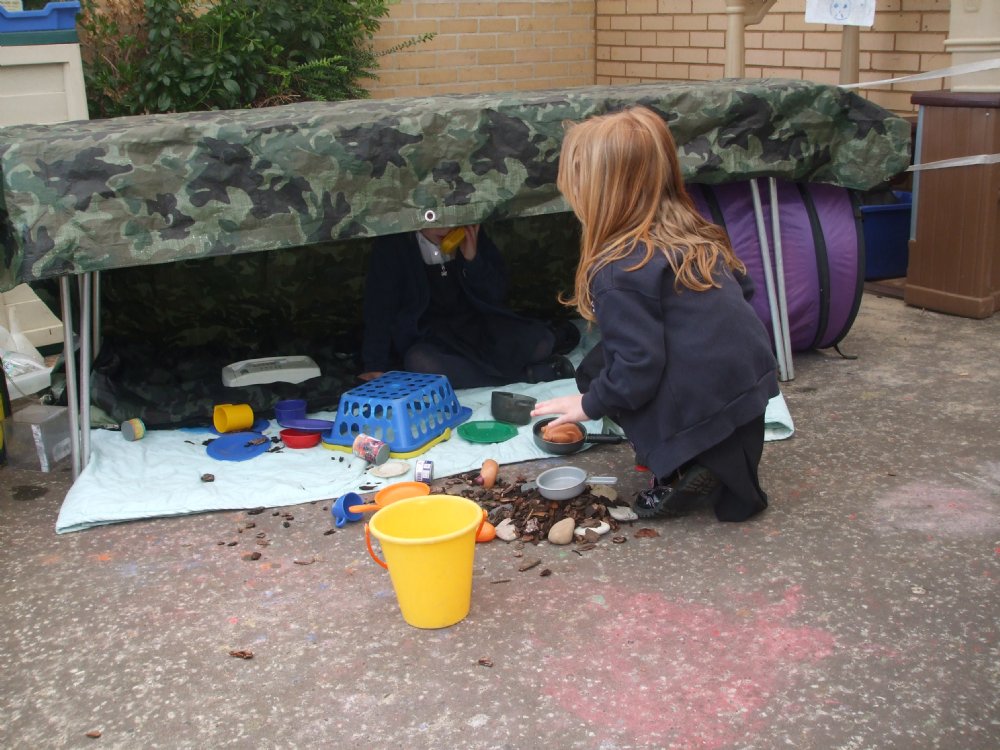